The outstanding question “is your cladding fire rating acceptable” is one pressing on the minds of all those living in any building with a cladding or even rendered fascia to the property.

The continued uncertainty is creating an ever-growing number of residences across the UK to find themselves stuck in a seemingly hopeless mortgage trap and their properties reduced to having zero value and so completely unsaleable in the current market.

Having scratched the surface following those tragic events at Grenfell Tower, it seems there is currently no end in site in seeking to understand who is affected by this growing crisis.

The blatant shortcomings of the ACM (Aluminium Composite Material) cladding have potentially opened a can of worms, with issues arising across a wide range of materials and system types on tens of thousands of existing buildings that are 18 metres and over. Discussion into the true validity of the 18 metre rule is also underway, opening the spectre of many more properties falling into the same trap.

In such a crisis, expediency would appear to be the appropriate course of action and so alleviate the fear for some residences of sleeping in inadequately protected buildings, and the financial trauma of others seeking to be free of the trap they now find themselves in.

However, the a significant number of the building owners are taking their time, and in some cases even refusing to make a commitment to first undertake inspections or supply the required data, let alone consider the prospect of even part financing any reparations should the need arise.

While the UK government helped to create this situation, and is therefore understandably at the root of why building owners are feeling so aggrieved at the demands being placed on them currently, it is the innocent residents that are currently carrying the cost of ‘waking watches’ (where people look out for signs of fire at all times and help evacuate in the other in the event of a fire), insurances hikes and not being able to free themselves of the mortgage traps they are now in, and may well be in for some time yet.

Recently, the decision to name and shame building owners that have the recognised unsafe cladding on their buildings has seen five named publicly for the first time, with others likely to follow: ACM cladding. Adriatic Land 3 Limited, Chaplair Limited, Grangewalk Developments Limited, RMB 102 Limited and STG Management London Limited are the first companies to be publicly criticised. It remains to be seen if all this is just the tip of the iceber,g as further materials and cladding or render systems fall under scrutiny regarding their potential for disaster.

This has all the makings of a very long haul and continued distress for those in the middle of it. 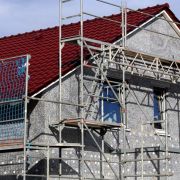 Office Design and Fit Out

Choosing The Right Contractor For Your Project
Scroll to top

This site uses cookies. By continuing to browse the site, you are agreeing to our use of cookies.

We may request cookies to be set on your device. We use cookies to let us know when you visit our websites, how you interact with us, to enrich your user experience, and to customize your relationship with our website.

Click on the different category headings to find out more. You can also change some of your preferences. Note that blocking some types of cookies may impact your experience on our websites and the services we are able to offer.

These cookies are strictly necessary to provide you with services available through our website and to use some of its features.

Because these cookies are strictly necessary to deliver the website, refuseing them will have impact how our site functions. You always can block or delete cookies by changing your browser settings and force blocking all cookies on this website. But this will always prompt you to accept/refuse cookies when revisiting our site.

We fully respect if you want to refuse cookies but to avoid asking you again and again kindly allow us to store a cookie for that. You are free to opt out any time or opt in for other cookies to get a better experience. If you refuse cookies we will remove all set cookies in our domain.

We provide you with a list of stored cookies on your computer in our domain so you can check what we stored. Due to security reasons we are not able to show or modify cookies from other domains. You can check these in your browser security settings.

We also use different external services like Google Webfonts, Google Maps, and external Video providers. Since these providers may collect personal data like your IP address we allow you to block them here. Please be aware that this might heavily reduce the functionality and appearance of our site. Changes will take effect once you reload the page.